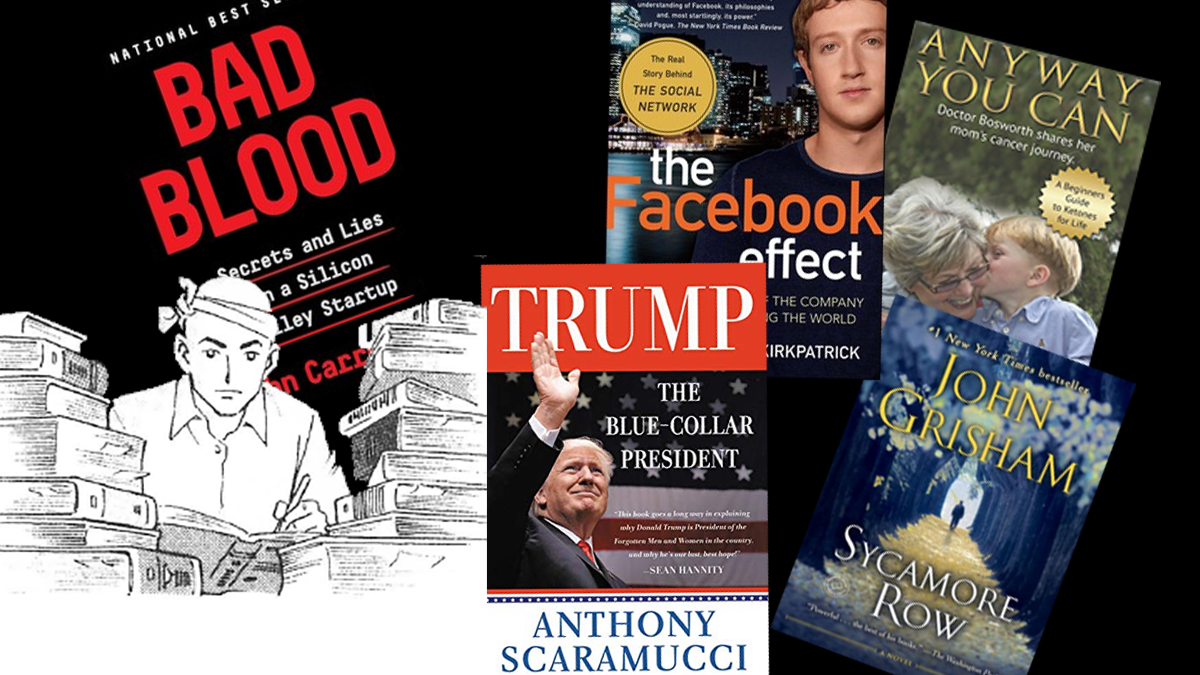 Book Club: What I Am Reading

What we read and why

My reading is rather eclectic. In fact, algorithms of online booksellers would find it quite difficult to provide me with new recommendations based on my previous purchases.

For example, in the last few months I have read “ The Facebook Effect” by David Kirkpatrick,  “Trump, the Blue Collar President” by Anthony Scaramucci, “Bad Blood” by John Carreyrou,  “Anyway you Can” by Annette Bosworth and “Sycamore Row” by John Grisham. So I’ve gone from internet successes to political commentators, to financial scandals, to healthy living to legal mysteries – in a few weeks.

“The Facebook Effect” is a very interesting insight into the rapid growth of Facebook from a small undergraduate online community to the global phenomenon it is today, driven by a visionary Zuckerberg whose overriding ambition has been to connect everyone in the world. The book provides a well-rounded assessment of Facebook’s “rise to power” and includes a critical analysis of how social media has changed our lives, for better or for worse.

“Trump, the Blue Collar President” is a highly entertaining and insightful read about Donald Trump by the former and very short lived White House Communications Director Anthony Scarramucci. Scarramucci was fired days after his appointment because of an indiscreet conversation with a reporter in which he lashed out at a number of senior White House officials. While Scarramucci remains a Trump supporter he does not hold back in the book on criticisms either.

“Bad Blood” by the Wall Street Journal Reporter John Carreyrou is the incredible true story of an ambitious young woman who promised to revolutionize the medical industry with a small device that would enable a wide variety of blood tests with only one drop of blood. She was able to raise hundreds of millions of venture capital funding and persuaded very prominent names to join her board including former Secretary of State Shultz. Only the device didn’t work. The company went bankrupt when Carreyrou revealed that the firm was cheating by secretly using larger, sophisticated equipment in order to obtain the required results.

In “Anyway You Can” the author “Dr. Boz” describes how the keto diet helped her cancer-stricken mother to survive. The diet focuses on high fat and low carb consumption in order to increase the ketones and reduce the insulin in the blood, which has highly beneficial effects on general health as well as weight issues. I’ve tried it and it works.

Finally, John Grisham’s bestselling legal thriller “Sycamore Row” takes place in the American South. A white man commits suicide and leaves most of his wealth to his black maid, much to the chagrin of his immediate family. There is a surprise ending which ties up the various threads of the story beautifully. A riveting read.