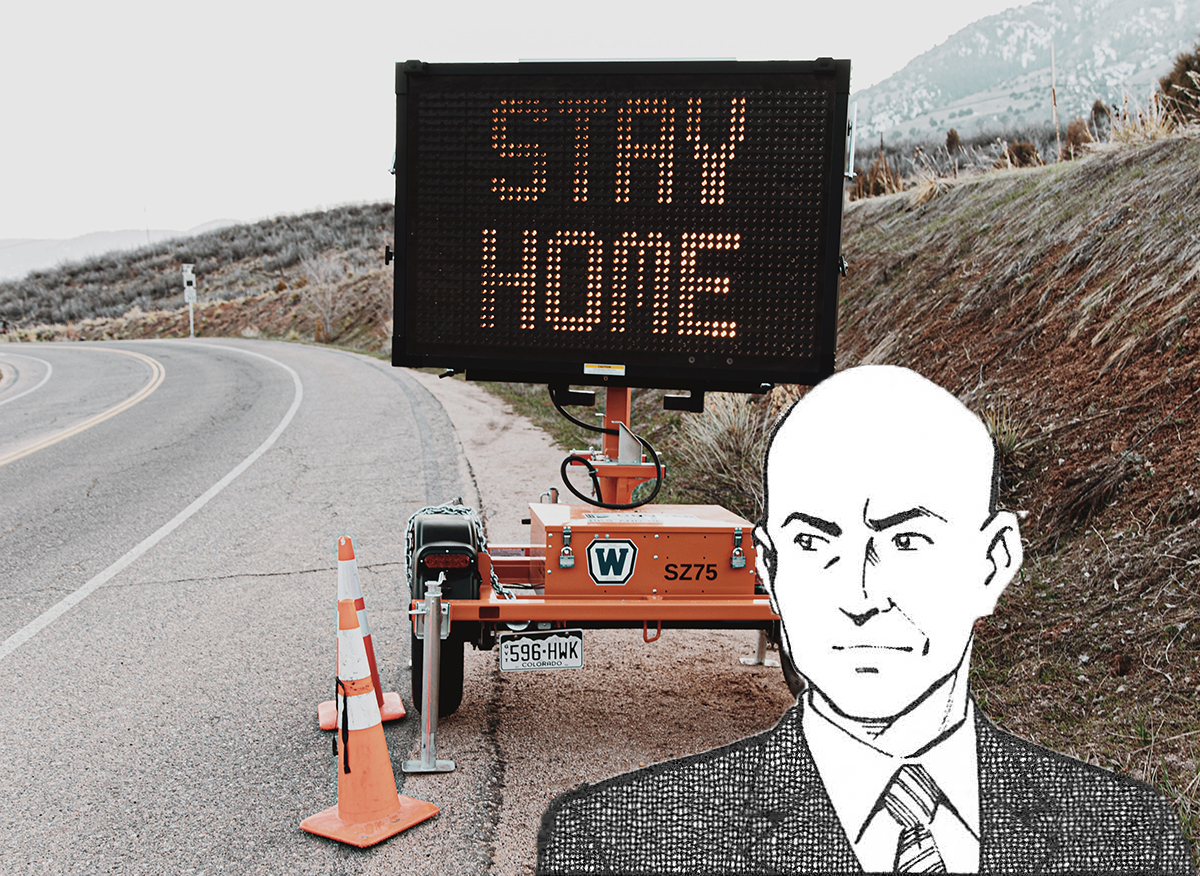 April 2020 - Many people are wondering how long the Covid-19 shutdowns will last. It seems in some countries the measures taken have led to first results with a reduction in the number of new infections and Covid-19 related deaths.This potentially means that the shutdowns could be lifted by May or June. And some countries like Germany and Austria are slowly moving into that direction. In Germany, where I am now, smaller shops have already reopened and schools will restart successively from the beginning of May. Nevertheless, loosening the shut downs will not mean life will go back to normal from one day to the other. Social distancing measures will remain in place, wearing masks might become obligatory, and larger gatherings such as concerts and conferences will very likely not take place for some time. The fear is that new infection waves could arise requiring subsequent shutdowns with the concomitant negative economic impact.

I am not so concerned about this because, first, as a result of exposure to the virus more and more people are building up immunity. (Even if immunity should turn out to wane after a couple of years as it is the case with SARS-CoV). First studies in places like Germany, Sweden and New York seem to imply that many more people have already had the virus than are recorded by official statistics. Professor Chris Whitty, the chief medical officer for England, recently said he thought that at least 10 per cent of people in London had been affected with the virus and likely this number is higher. Antibody test will hopefully help to gain clarity about the actual percentage of people with immunity.

Second, one of the main reasons for imposing the shutdowns was to avoid hospitals from being overwhelmed with patients. Now as a result of massive spending and expansion hospitals are better prepared to handle an increased workload. Finally, the race for a vaccine seems to be nearing the finish line although testing could take us into the next year. It is also possible that effective antiviral treatments will be available sooner as existing drugs may be working on COVID- 19 reducing the severity of the illness and saving lives.

However, even if lockdowns end sooner rather than later the economic impact will be felt at least until the end of the year. While from an economic perspective the massive amounts of liquidity being pumped into the global system will have a beneficial impact on economies around the world, there is no questions that a number of companies will not survive, particularly in the small and medium business size. That means unemployment will rise from the levels apparent before the crisis. In the US alone more than 26 million have filed for unemployment benefits in the last weeks. This is very concerning and could bring the unemployment rate from a low of 3.5% in February to about 15% in April. South Africa, where I spent the last month already had an unemployment rate of 30% before the Covid-19 crisis and this worrying situation will be exacerbated by the ongoing lockdown.

For this reason it will be important for the multilateral institutions and central banks around the world to attach that bad word “conditionality” to their loans to the effect that countries receiving grants and loans spend them on large infrastructure programs that will create jobs. This would be similar to President Roosevelt’s “New Deal” program between 1933 and 1939 during the American depression when large funding was dedicated public work projects and financial reforms. In emerging markets such programs are badly needed and with the strong executive powers now entrusted to governments as a result of the pandemic there is an opportunity to push through such programs and reforms.

I note that, for example, the South African Government under President Ramaphosa because of the stress put on the federal budget by the pandemic, has given notice that the government is cutting off further funding for the money-losing, inefficient and over-staffed South African Airlines. Although this will result in short-term pain for employees of SAA, the resulting reform will put the country on firmer footing to fund other worthwhile projects.

There has been much use of war time rhetoric when talking about Covid-19. In this sense we are now fighting on two critical fronts, the public health front and the economic front. One comment on one of my last blogs on the economic effects of an extended lockdown in South Africa pointed out that the lockdown was aimed at saving lives, and that while the economy could always come back human lives couldn’t. While this, of course, is very true, the sad news is that the lockdowns might be costing lives as well as people are thrown into economic and psychological hardship, poverty and hunger. It is important that we get the balance right so that we are saving as many lives as possible.

Photo by LOGAN WEAVER on Unsplash