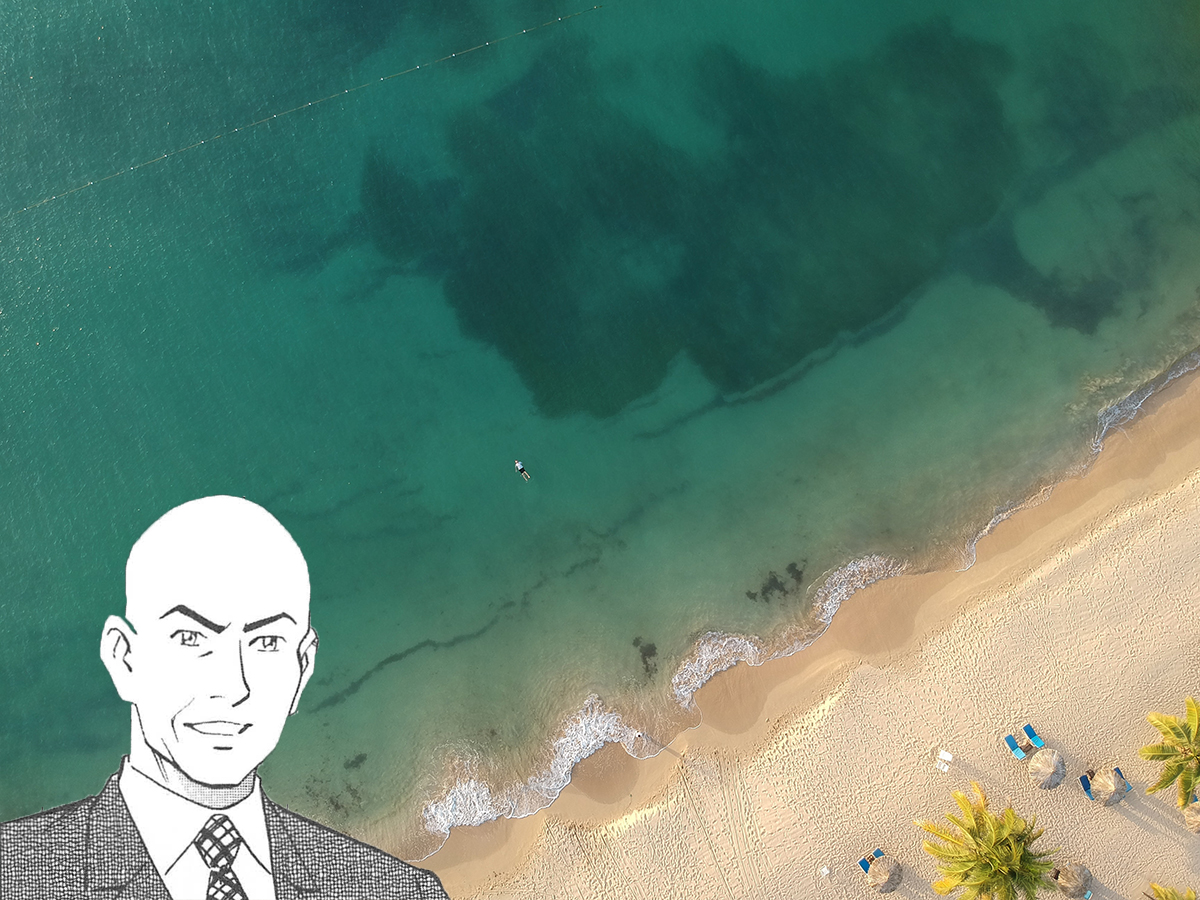 Jamaica – A Small Frontier Market That Is Worth A Closer Look

Not surprisingly in my latest blogs I have mostly been focusing on the Covid-19 pandemic and its impact on people’s lives, on companies and on the economy in general.

This time I would like to look back on one of my trips that I undertook just before the unthinkable happened and much of the world came to a halt. That trip had brought me to Jamaica, the largest island in the English-speaking Caribbean, and the most populated with 2.93 million people. It is a country with a fascinating and rich history, a unique mix of people and beautiful scenery. From an investor’s perspective Jamaica is a small market and often overlooked even by emerging markets fund managers. But it is worth a closer look.

I had barely landed at Kingston airport when I encountered the entrepreneurial spirit of the island. The immigration officer enquiring about my business took the opportunity to tell me about his new venture and to ask whether I would like to invest in it!

In fact, investing in Jamaica has brought good returns in recent years. The Jamaican Stock Exchange (JSE) was one of best performing markets in the world in 2015, and 2018, and 2019 (top 5). It had a return of 34.26 per cent last year. Over the last five years the Jamaica Stock Exchange Index returned more than 500% (2014-2019). No surprise that the share of Jamaicans with brokerage accounts has gone from less than 5 percent to more than 10 percent in the past decade. There are no capital gains taxes for investors and the dividend tax is 15% at source. Foreign investors make up under 10% of the exchange turnover. During my trip I visited the Jamaica Stock Exchange located near the port in its own dedicated building. Next door was the securities depository. The JSE was started in 1969 by the Bank of Jamaica to coordinate the activities of traders.

On the drive from the airport to downtown Kingston the driver told me about the highways the Chinese were building in the country and how transportation was improving. As I travel emerging markets one cannot overlook the efficiency, speed and reach of the Chinese Belt and Road program. Wherever I go the Chinese are already there, building bridges, roads and other major infrastructure projects thereby getting their foot firmly into the door and often gaining the goodwill of the people.

Jamaica’s motto is “Out of Many, One People” which is based on the population's multiracial roots. Originally populated by the indigenous Arawak also called Taino, the country became a Spanish colony after Christopher Columbus discovered the island in 1494. The island was conquered by the British in the 16th Century. The mass importation of African slaves to work on the sugar plantations and the immigration of Chinese and Indian indentured laborers further contributed to the emergence of the multi-cultural society that Jamaica is today.

Jamaica’s history is a rich and diverse as its people. The country became a hub for pirates in the 18th century and Port Royal a pirate stronghold. Legendary British and Dutch pirates like Roche Braziliano (born in the Netherlands),  Christopher Myngs (English), Henry Morgan  (English) and John Davis (English) with the blessing of their respective governments amassed tremendous fortunes through their raids on Spanish merchant ships and trading ports, in some cases sacking entire Spanish villages. Some of them managed the transition into respectability, and it was with the appointment of the former pirate Henry Morgan as Lieutenant Governor of Jamaica that the tides turned for the pirates. Port Royal became a village dependent on slave trade.

Jamaica is the birthplace of Reggae music and the Rastafarian religion. Of course, one of its most famous citizens is Bob Marley. Marley represented the country’s motto since his father was British and his mother Jamaican. I visited his former home in Kingston now a museum. The tour of the house was conducted by a Rastafarian gentleman with incredible energy and enthusiasm who had us chanting Bob Marley’s name before the tour was over. He told us that smoking marijuana is considered a spiritual act by the Rastafarians.

In Kingston I encountered several places in the city where one could purchase and consume marijuana, called ganja in Jamaica. Ganja came first to Jamaica in the 19th century with the indentured servants imported from India during British rule. In 2015 the Cannabis Licensing Authority (CLA) was established to regulate the marihuana trade and grant licenses to legal cannabis businesses. The first medical marijuana company to open shop in Jamaica a couple of years ago has now become an exporter to other Caribbean Islands as well as Canada.

Given the many attractions in Jamaica it is not surprising that tourism is one of the most important sectors. With over four million tourists visiting each year, tourism is a major foreign exchange earner in addition to the millions of dollars remitted by Jamaicans living and working abroad. The tourism sector contributes about 35% of GDP. While visiting Montego Bay I noticed the beautiful and large mansions in the hills surrounding the city and was told that many of the people living there had made their fortune in the tourism industry. The driver who took me from the airport told me that he had a house in Florida and commuted back and forth since his family was in Jamaica and the U.S.

It is clear to me that the country could grow much faster than it currently does. Growth in 2018 was 1.9%. So, it has already been picking up from the low of -4.3% in 2010. However, during the first ten years after independence average economic growth was much higher. Slower growth came as a result of less progressive governments in addition to the global oil shock, reduced demand for tourism and the closure of large alumina producers due to a fall in the global price of alumina and rising production costs.

After a number of failed attempts to bring the economy back on track in 2013, Jamaica under the strict auspices of the IMF, launched an ambitious reform program to stabilise the economy, reduce debt, and fuel growth. Scepticism ran high. But Jamaica managed a miracle turnaround. According to the World Bank, public debt fell below 100% of GDP in 2018/19 and was expected to decline below 60% by 2025/26, in line with the provisions of the Fiscal Responsibility Law. The rate of unemployment also fell to a historic low of 7.2% in October 2019, which is almost half the rate at the start of the reform program.

The COVID-19 crisis is having a significant impact on Jamaica. The pandemic, which is severely hurting tourism and remittances, reached the Caribbean country just a few months after the successful conclusion of its economic reform program. According to the country’s finance minister the economy is expected to contract by over 5 percent this fiscal year. Furthermore, government revenues are expected to decline by double digits as emergency health expenditures as well as social and economic support expenditures rise. Jamaica has requested emergency financing of $520 million from the IMF.

But the country has shown it can manage a turnaround even when nobody is expecting it to work. I think they can do it again. The country has much to build on and in a couple of years it will able to return to its slow but steady growth path that we have been witnessing in the last few years. I have great hopes for Jamaica and look forward to visiting again.

Photo by Hugo Doria on Unsplash