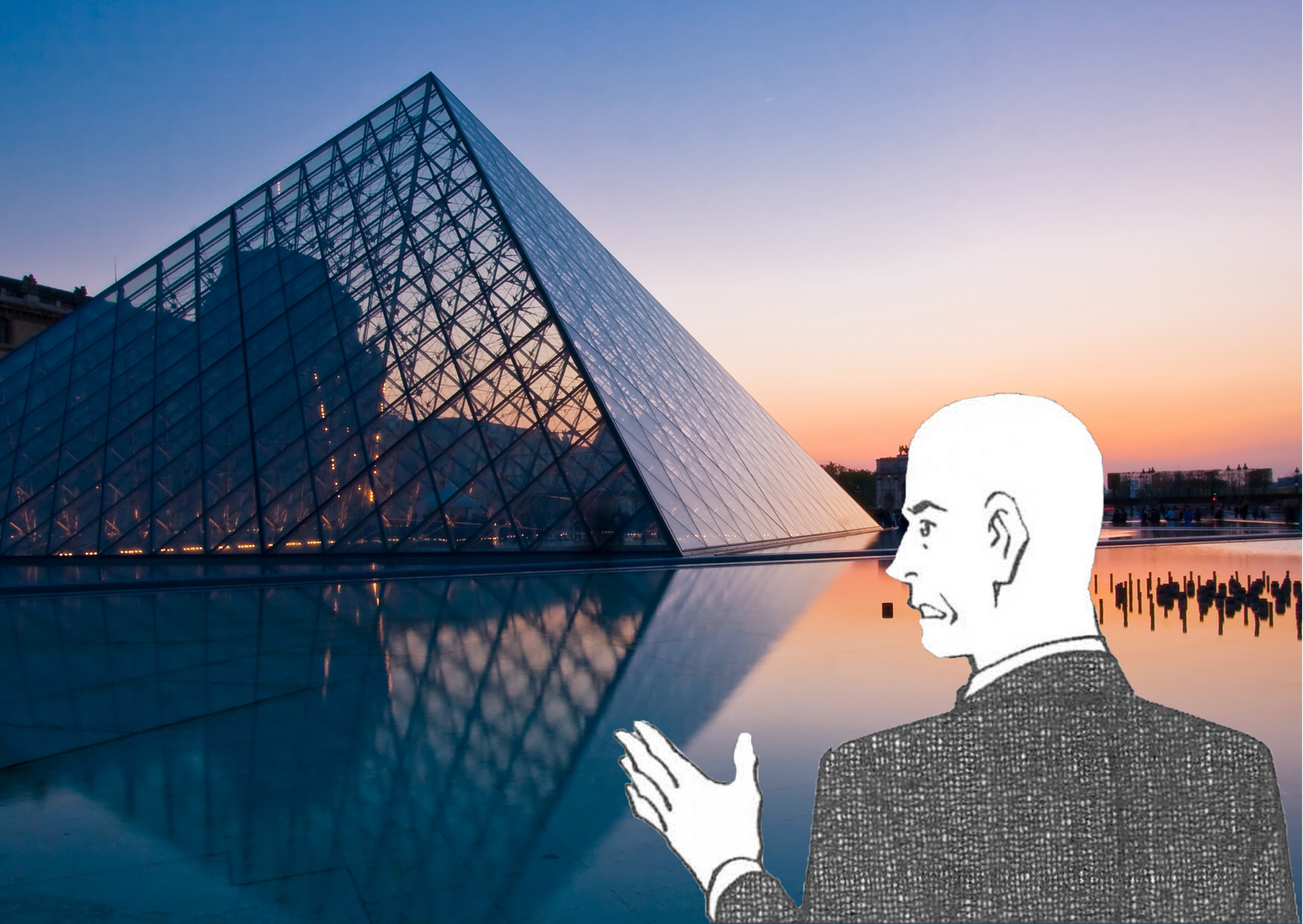 Letter from Europe — Thoughts on the Energy Crisis

Summer travel in Europe is back in full swing and I too decided to embrace the rush. Before I set out on my journey about a month ago I was a little apprehensive about the widely reported flight delays and airport chaos. But to my surprise, traffic flows at airports were smooth. During the month I traversed between France, Spain, Italy and the Netherlands. Going from one country to another within Europe was for the most part hassle free.

Despite sky-high flight and gas prices, tourists are flocking to Europe in droves. The Louvre in Paris, for one, was incredibly packed. We had made an advance reservation so we were able to get in the museum but still we needed to wait in a long line. The eagerness of everyone to see the Mona Lisa was overwhelming. Nonetheless I crowded in and got a quick glimpse. If anyone, like me, has little luck beating the crowds at the Louvre, I recommend checking out Musée d'Orsay on the left bank of the Seine River, which is slightly less busy but equally, if not more, interesting. Housed in the fantastic former Gare d'Orsay, a Beaux-Arts railway station built between 1898 and 1900, it has an incredible collection of art, sculpture and interior design.

After a boat ride down the Seine we attempted to climb up the Effiel Tower but again were discouraged by the long lines. So we turned to the Arc de Triomphe instead. We walked up 284 steps to the top to take in the terrific views. It has been five years since I last visited these spectacular landmarks and it was nice to see the tourist spots bustling with people again. Sure, there remained pockets of concern over Covid so in some places it was still necessary to wear a mask, but I was glad to see Europe gradually getting back into the swing of things in terms of its tourism economy.

Personally I’ve always been a big fan of cycling and believe it is the best way to travel around cities. As Europe grapples with an energy crisis, it gave me all the more reason to make the bicycle our main vehicle of transport for this trip. We started from Blois, a charming city about 200 km southwest of Paris. As we cycled through the castle and chateau-laden Loire Valley, we saw “Liberty Equality Fraternity” — France’s national motto — plastered across buildings, bridges and shop fronts. We found a wonderful family-run restaurant where we had delicious duck pate, roast duck, some wine and dessert. The cost of that meal for the group was 68 euros, and as I looked at the bill, it suddenly dawned on me that, for the first time in 20 years, the Euro was now at parity with the US Dollar.

The rise in US interest rates has certainly put pressure on central banks all over the world, including the European Central Bank, which has also just raised its key interest rate for the first time in 11 years. With the exception of a few countries like Mexico and Canada, currencies around the world have weakened against the greenback. A further rise in US interest rates would put further strain on global currencies. Therefore central banks have to react by raising rates. On top of that, of course, is the rise in inflation which is related to a strengthening USD since major commodities such as oil are denominated in the Dollar.

The next town we visited was Amboise, which was 40 km from Blois and it took us around four hours on the bike to get there. On the way we stopped at the famed Chaumont-Sur-Loire, which once hosted Benjamin Franklin when he was America’s first ambassador to France. Another site that put Amboise on the map is Amboise Chateau, where Leonardo da Vinci is buried. We visited the memorial statue and his tomb.

From Amboise we headed to Chenonceaux, another 42 km bike ride. We spent a night there then continued onto Cheverny, which was another 45 km journey. While there, we visited the magnificent Chateau of Cheverny, a masterpiece of French Renaissance with 440 rooms built during the reign of Francis I. On the grounds there was a museum dedicated to Belgian cartoonist Hergé who created the hugely popular comic series The Adventures of Tintin in 1929. Hergé is said to have designed Tintin’s home base Marlinspike Hall based on the architecture of Chateau of Cheverny. From Cheverny we cycled back to Blois. We were going between 10 to 20 km per hour so each trip took around 3 to 5 hours counting stops along the way.

As I was pedaling away on my bike, I began thinking about Europe’s energy crisis. The ongoing Russia-Ukraine war has led to gas cutoffs and pushed energy prices to the moon, hanging many European countries out to dry. France was originally thought to be an outlier. The country was at the forefront of adopting nuclear energy in the 1960s, currently with a whopping 56 nuclear reactors to its name, only second to the US. As of last year, about 70% of France's total energy production was derived from nuclear power, the highest percentage in the world. However, more than half of those nuclear reactors have now gone offline for maintenance. Just a few weeks ago on Bastille Day, French president Emmanuel Macron called on its people to save energy as the country, just like many of its neighbors in the European Union, braces for potentially full-blown shortages this winter.

Upon our return to Paris we paid a visit to Versailles. Again very crowded with tourists. Needless to say the beautifully restored and maintained enormous rooms filled with gold decorated panels, paintings and statues were impressive. In the gardens sits The Petit Trianon, which is a small palace built by Louis XV in the 1750s. King Louis XVI then offered it to his wife Marie Antoinette who made it her private retreat. On the same extensive ground she constructed the Queen’s Hamlet which included a man-made lake and a number of rustic structures to reflect the return to nature as advocated by philosopher Jean-Jacques Rousseau.

Next we flew from Paris to Verona via Frankfurt. We enjoyed touring Verona Arena, a Roman amphitheatre built in 30 A.D. and one of the best preserved ancient structures of its kind. We also visited Castelveccio or "Old Castle", a military construction built by the Scaliger dynasty in the Middle Ages. It had seven towers and walkways along the walls where we could view the city. Inside was a museum with a wide range of paintings and sculptures. From Verona we cycled to Lonigo. In Lonigo itself there was not much to see so we decided to take a dip at the local swimming pool to escape the sweltering heat. The next day we headed to Vicenza, a city full of museums, art galleries, and architecture by the famous architect Palladio.

After Vicenza we cycled to Padua, where we found a wonderful botanical garden, great cathedrals and the famous Prato della Valle, a massive public space with a central island surrounded by over 70 statues of historic people. Most impressive was the basilica and museum dedicated to St. Anthony who lived there and was considered the patron saint of the lost. I was deeply touched when I saw in the cathedral hundreds of pictures of missing people put up by their loved ones hoping one day they would be found.

Next morning we left the bikes and boarded a bus to get to a cruiser which would take us to Venice. We chanced upon the 59th Venice Biennale, an international contemporary art exhibition that takes place once every two years in Venice. Some of the exhibits came across a bit strange to a layman like me, such as an empty gallery entitled “Correccion”. There was also an interesting piece where spectators could become part of the art which was a bar scene. Incidentally the Russian Pavilion was closed. On one of the lawns there was also a pile of white sacks dedicated to Ukraine.

We escaped from the Biennale on a ferry that took us to Lido with its great beach and laid back atmosphere. Before leaving Venice we visited the Peggy Guggenheim Museum located on the Great Canal and within walking distance from our hotel. What was formerly the American heiress’s home has been transformed into a very well designed museum featuring renowned modern paintings and sculptures, including a mobile by Alexander Calder.

As a fund manager having dedicated most of my life to researching and investing in emerging markets, it may come as a surprise to people that I too enjoy visiting developed Europe and its markets are very much on my radar. As a matter of fact, it is crucial for me to get insights into the European situation since trade and investments run back and forth between the continent and emerging markets in other regions. Sightseeing aside, I wanted to assess the impact of the Ukraine war on life on the ground in Europe in addition to seeing the impact of stock market declines and the rise of energy costs. Clearly, Europeans are now very much aware of the energy crisis. During my travels, I noticed that air conditioning was not being used as much and people chose to just endure the blistering temperatures even as a scorching heat wave swept across the region. This has certainly put a pessimistic edge on people’s thinking and added to stock market declines.