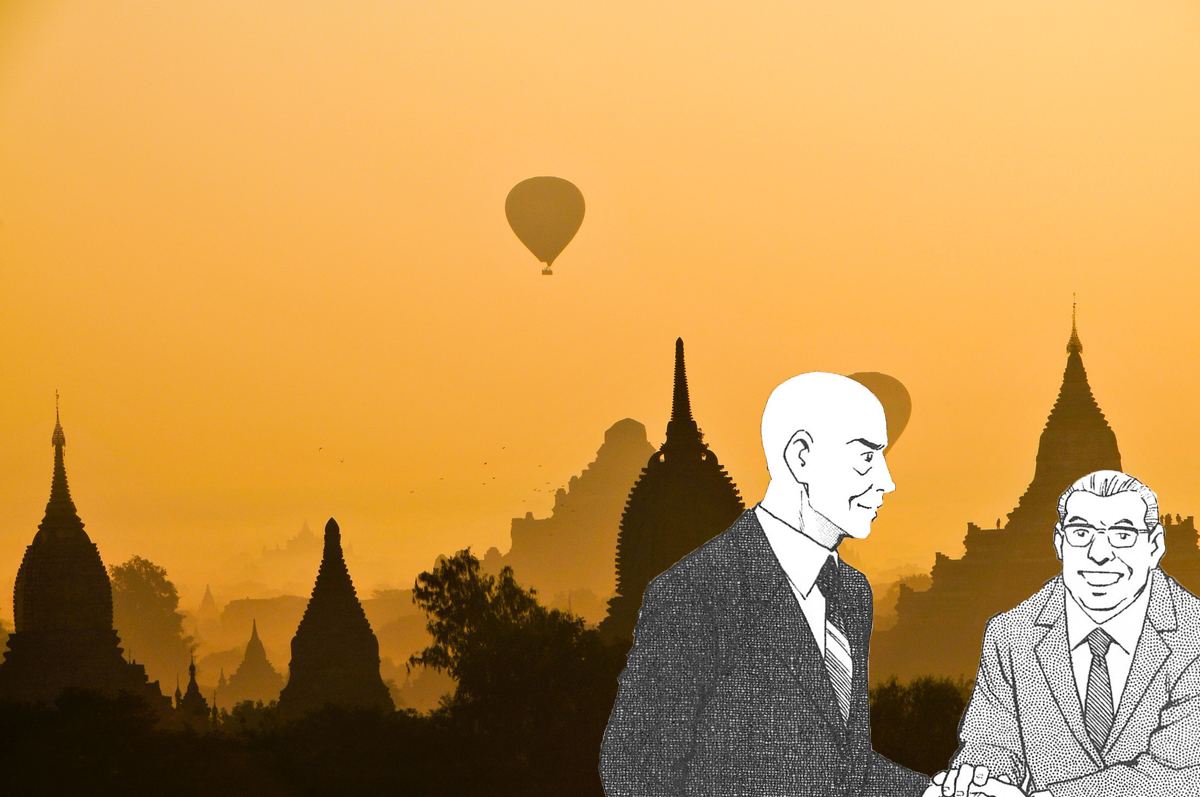 Not Enough To Talk To Companies Alone, Talk To Rivals

During my recent flight from Singapore to Mumbai and back I saw two movies that dealt with the occupation of India by the British.

The first one was about Queen Marikarnika, the Queen of Jhansi. She married the Maharaja of Jhansi, Gangadhar Rao, whose kingdom was threatened by Robert Clive the British military officer of the East India Company. Clive established the company’s military and political supremacy in Bengal India in the mid-18th Century. When the king is poisoned by an Indian traitor the British announce the annexation of Jhansi. The Queen refuses to cede the kingdom and takes up arms. Being outnumbered she mobilizes and trains the women in the kingdom to fight alongside the men. The end is tragic but inspiring: Losing the battle the queen walks into the fire set by the British and dies a heroic death.

The second movie I saw was Thugs of Hindustan.

Although we think of “thug” as an English term, in fact, it traces its roots to the Hindi word ठग (ṭhag), which means 'swindler' or 'deceiver'. The thugs were originally known as a religious organization of robbers and assassins who worshiped the goddess Kali and infiltrated traveller groups to then strangle and rob them.

In this film, however, they are portrayed as supporting Indian efforts to overthrow the British. One of the main characters in the film is  “Firangi” who reminded me of Jack Sparrow, the character played by Johnny Depp in Pirates of the Caribbean.  At the beginning of the film he is serving the British and promises to deliver the thugs to British commander John Clive. But as the story progresses Firangi becomes conflicted. Eventually his love for India wins and he secretly allies himself with the Indians to overthrow the British.

His opponent Clive is portrayed as cruel and bloodthirsty. He blackmails the king by taking his son captive, making him sign over his kingdom to the East India Company. He then goes on to kill the little boy, the king and his family. Aided by Firangi only the kings’s daughter Zafira manages to escape. She grows up to lead the fight for freedom against the British.

Zafira eventually kills Clive by shooting a burning arrow at a huge paper statue representing evil. The burning construction falls onto Clive and burns him alive.

The final scene of the film shows Firangi sailing on a stolen ship. When his companion asks him where they are going he replies: “To a perfect paradise … to Inglistan (England). Those foreigners have robbed a lot from us. It’s our turn now! “

Both films are beautifully presented with opulent costumes and fantastic production design. Of course, there was the obligatory dancing and singing. Time flew by while watching them.

But there is also a deeper layer to these entertaining films: It is interesting to see how Bollywood embraces Indian nationalistic sentiments particularly at a time where we have seen a surge of nationalism in the country with a nationalistic Modi government naming “building a culturally Hindu-centric nation” one of their two main goals. And in fact, some commentators voice concerns that this ambition takes precedence over the government's second goal, economic reform.