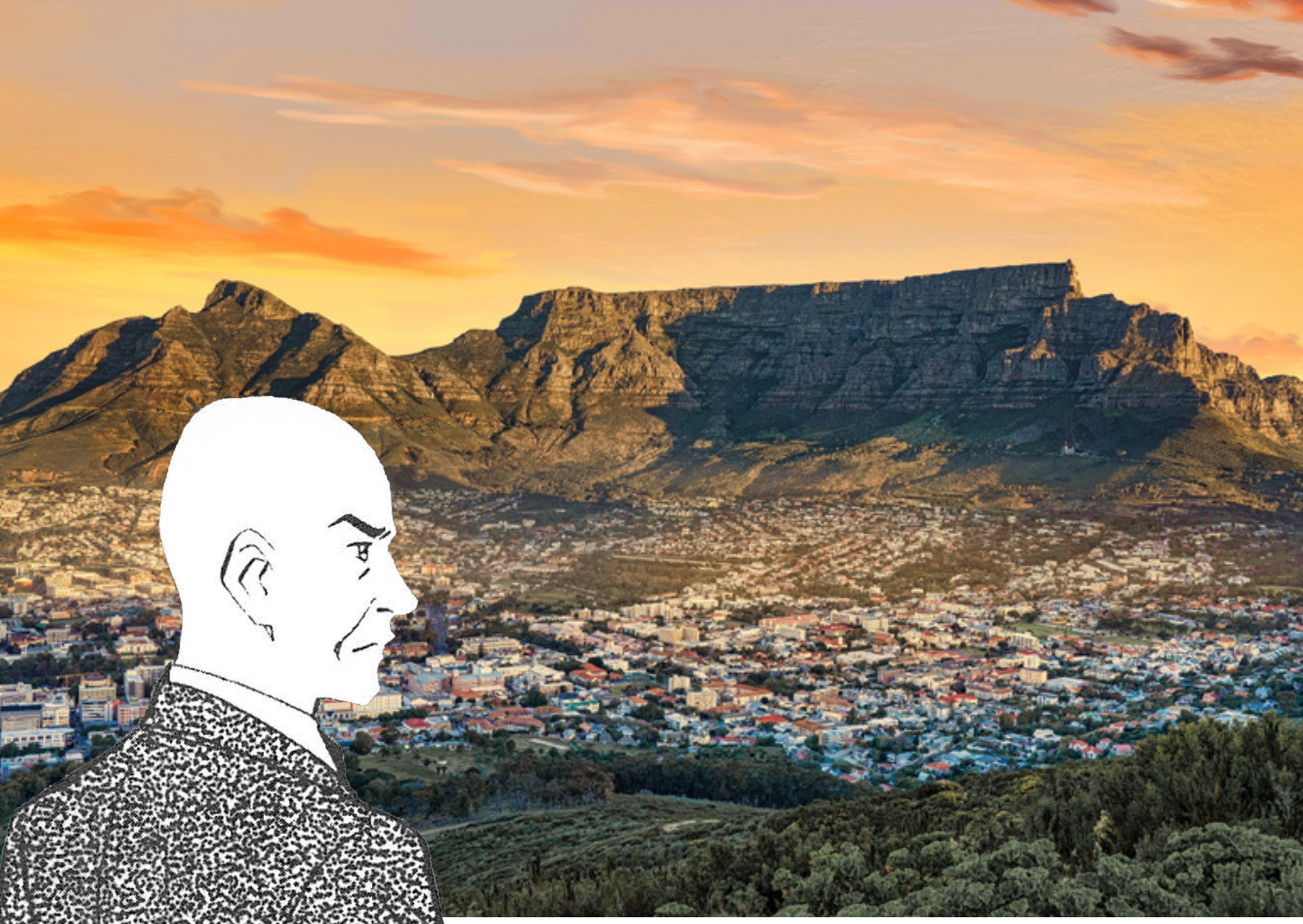 Back when the Covid pandemic began in early 2020, I happened to be in Durban, South Africa on a research trip. A major seaport and the third-largest city in the country, Durban is a beautiful metropolis with long stretches of sandy beaches. But little did I know that I would end up having to admire the beaches from afar — a sudden nationwide lockdown meant that I had to spend weeks cooped up in my hotel room. [Read about my lockdown experience in my previous blogpost Letter from Durban here.]

At the time, the economic outlook for South Africa was bleak, with the lower income people bearing the brunt. Currently more than half of South Africa’s population is still living in poverty, according to World Bank data. For those who live on a daily wage, an interruption of income from an extended lockdown would obviously be devastating.

Fast forward to October this year, I returned to South Africa for the first time in almost three years. I was thrilled to see the country back on its feet from the economic setbacks caused by the pandemic. This time I visited Johannesburg and Cape Town, where malls, hotels and conference centers were once again bustling with people.

One Sunday morning, as I was taking a stroll near my hotel in Cape Town, I noticed a lot of families with children flocking into the Cape Town International Convention Centre. I wandered in the cavernous halls and stumbled across a baby expo sponsored by Dis-Chem, one of South Africa’s largest retail pharmacy chains. The venue was packed with stalls promoting all kinds of baby products ranging from diapers to baby food and cribs. Dis-Chem, which acquired retail baby supplies chain Baby City in 2020, had the largest stands. It was almost like a supermarket with families piling their carts high with products. I sat down in a seminar sponsored by Huggies about a baby sleep course and was handed a big bag full of shampoo, baby lotions and baby soap!

After a full-on Dis-Chem expo experience, I decided to hit the mall and see how its competitor Clicks fared in the retail space. I visited a Clicks store in the massive Canal Walk, which is a retail complex with elegant architecture and 400+ stores and restaurants, plus a movie theater.

A Clicks representative explained how 25% of sales are from their private brands including Sorbet, Revolution in addition to exclusive partnerships for brands such as The Body Shop. Their Clicks hair shampoo competes directly with brands like Head and Shoulders. They also have their own Safeway branded electric hair dryers and trimmers.

The Pharmacy in the store has a locker system where customers can pick up their prescriptions without waiting in line and there is a clinic for vaccinations and tests.

Their range of Cannabidiol (CBD, a compound found in Marijauana) products is extensive. It was interesting to see the large number of products in that area and that a significant amount of shelf space devoted to it.

Not too far down the mall we also visited their dedicated Clicks Baby store for larger baby items like strollers.

After leaving the mall, I hopped on an Uber and headed to Franschhoek. About an hour away from the CBD, this beautiful part of the Western Cape is blessed with vineyards and excellent wine started by the Huguenot French settlers who arrived in the 17th and 18th centuries. The area is overlooked by spectacular mountains descending to rich green farmland.

I visited the Franschhoek Motor Museum which is a hidden gem in the vineyards with an amazing collection of vintage, classic and modern cars ranging from early 1900s to post-1960s. The museum is owned by Johann Rupert, chairman of the Swiss luxury goods company Richemont and pays homage to his father Dr. Anton Rupert, a vintage car enthusiast who founded the now defunct Heidelberg Motor Museum in 1974.

Having emerged from the lows of the pandemic, South Africa is now back on the radar of emerging market investors hunting for bargains. Overall the retail sector in South Africa is growing and reaching a wider audience as people in the lower-middle and lower income groups get more cash to spend. Mining, on the other hand, is very important for the country but the sector is faced with lots of environmental and other challenges.

Now the big challenge for South Africa is its energy crisis. The nation is confronted with continuous blackouts — what they call “load shedding” — as state-owned power company Eskom implements scheduled power cuts in a bid to save electricity and take strain off its aging coal-fired power plants. Fortunately, the ingenious business people have been able to surmount that hurdle with their own power generators, while some homeowners use smaller generators or turn to solar power. On the bright side though, this power problem is a cause for some optimism since it indicates that more and more people are using electricity and electric appliances, a sign of high living standards.